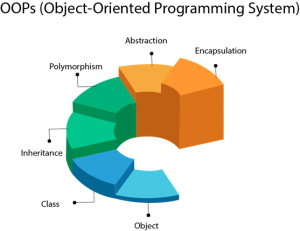 Duplicate Code is bad. Code will always Changed.
OOP is Providing Code Reuse ability with reduce duplication of code and you have to change every where which leads to performance
code can be changed any time so when you want to change it in any application, OOP make it easy
Four main Concepts.

Data Base Self Join

it is an MVC Framework.

Give us PreBuilt classes for MVC that we can use / extend.

use to search action classes when service is hit:

to architect the application

provides you classes and libraries to build an application

Spring boot is a spring + bootstrap and a quickly startup a spring application which includes its own web server , we can build a complex and end to end applications in spring.
its a huge frame work have a lot of stuff.
spring boot make it easy to create stand alone, production-grade spring based applications that you can “just run”.

Zuul is a JVM based router and server side load balance.

works through stub and skeleton.
rmi is an API which allows an object to invoke a method on an object that exists in another address space

MyBatis is a Java persistence framework that couples objects with stored procedures or SQL statements using an XML descriptor or annotations.

Java Persistence API is a collection of classes and methods to persistently store the vast amounts of data into a database.

Enterprise Java Beans (EJB) is one of several Java APIs for modular construction of enterprise software. EJB is a server-side software component that encapsulates business logic of an application.

Is GET Method recieves huge data through request parameter

No, Only POST Method recieves huge data through request parameter

Differentiate between return a Value and a Reference

Differentiate between String and String Buffer ?

Structured Query Language(SQL) as we all know is the database language by the use of which we can perform certain operations on the existing database and also we can use this language to create a database. SQL uses certain commands like Create, Drop, Insert etc. to carry out the required tasks.

These SQL commands are mainly categorized into four categories as discussed below:

a stateful web service looks like? Let’s say you log into a resource, and in doing so, you pass your password and username. If the web server stores this data in a backend manner and uses it to identify you as a constantly connected client,

you use a variety of stateless services and applications. When you read the news, you are using HTTP to connect in a stateless manner, utilizing messages that can be parsed and worked with in isolation of each other and your state.

If you have Twitter on your phone, you are constantly utilizing a stateless service. When the service requests a list of recent direct messages using the Twitter REST API, it issues the following request:

Difference between ArrayList and Vector

However, there are many differences between ArrayList and Vector classes that are given below.

How to SUM Numeric value from String

How to SUM Numeric value from Dynamic String

Defference between Constructor and Destructor :-

If we don’t define any service (REST,SOAP),through annotations in spring we use @webservice which is builtin library of java found in jax-ws